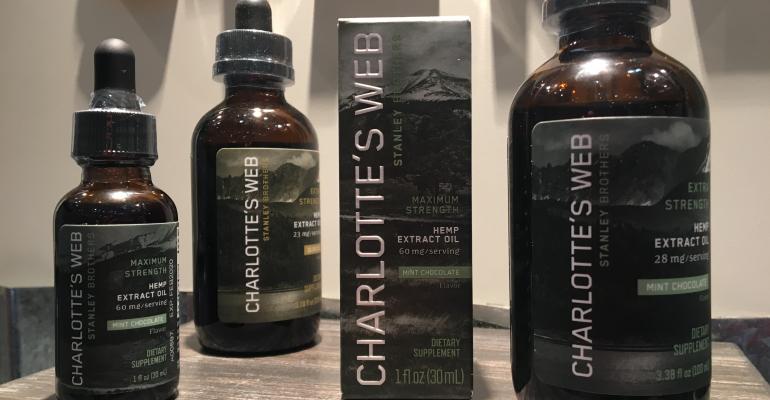 The FDA has rejected NDI submissions from Charlotte's Web and Irwin Naturals and the agency's objections suggest regulators have little interest in approving CBD without legislative guidance.

Charlotte’s Web, which pioneered the CBD space in supplements, and Irwin Naturals, a legacy brand, both had their NDI notifications rejected by the FDA, despite months of correspondence and the delivery of voluminous data. Council for Responsible Nutrition President and CEO Steve Mister called the move more disappointing than surprising. The agency had signaled willingness to work with brands via the NDI process, but in the end appeared intent on delivering a predetermined verdict that CBD, whether as an isolate or as a component of a full-spectrum hemp supplement, is legally identical to the CBD compound as used in Epidiolex, a pharmaceutical drug used to treat epilepsy. The Food Drug and Cosmetic Act “exclusionary clause” holds that supplements cannot contain pharmaceutical ingredients. “Why did the FDA put them through the months of doing this dance back and forth?” asked Steve Mister, pointing out that Irwin Naturals and Charlotte’s Web are both responsible brands and were diligent in the NDI process.

Beyond equating CBD in a full-spectrum formulation to CBD as employed by Epidiolex, Mister said the FDA’s position suggests regulators are unwilling to accept that there is a dosage of CBD that can be considered safe. “Or it is so small that it's two milligrams a day or something like that,” Mister said, adding, “this does not bode well for those who say FDA should be setting the levels.”

In an emailed statement, United Natural Products Alliance President Loren Israelsen noted that the FDA’s safety criteria appears unreasonable. “Literally billions of dosages have been consumed, yet it appears that, at least in the case of Charlotte's Web, two years of sales data … is deemed inadequate,” Isrealsen wrote. “FDA just made it pretty clear the bar would have to be a new world record for NDI submissions.”

Both Isrealsen and Mister agree that the decisions make legislative clarity via Congress more important than ever. Mister said the NDI objections highlight the urgency but also give ammunition to backers of CBD bills. Admonitions that the industry should wait for the FDA to act have proven misguided because it seems clear that the FDA does not intend to allow CBD in supplements, Mister said, explaining that it’s now clear that legislation is the only way forward. “I think it gives a sense of urgency and a sense of momentum to all of these CBD bills now,” Mister said.

The FDA’s NDI objections leave brands to navigate a now-familiar gray area where the products are technically not legal but a lack of enforcement has left CBD on shelves. Asa Waldstein, founder of the Supplement Advisory Group and an expert on hemp regulation, calls the current situation a “regulatory holding pattern” and advises brands to continue to be diligent on collecting safety data and following the rules for claims and other matters. “Acting like a reputable dietary supplement company is the best way forward for hemp-CBD companies,” said Waldstein.

For now, NDIs appear to be a frustrating and even fruitless endeavour, Waldstein said. “The FDA NDI response sends an unfortunate message to industry saying ‘don’t bother’ submitting hemp-CBD products for New Dietary Ingredient notification as they will be automatically rejected,” Waldstein said. “The FDA has publicly stated its need for more CBD safety data, but it’s hard to understand how the FDA can evaluate the safety of a product without an NDI submission.”

Indeed, that disconnect between asking for safety data and then setting impossibly high standards might be disquieting even for brands that have avoided the CBD market, Mister said. The same stringent rules could be brought to bear on almost any ingredient, he pointed out. “This may have been a convenient way to dismiss these two notifications because they don't want to deal with CBD, but the concern is that it's sending a message to the entire industry that the hurdles may be too high.”