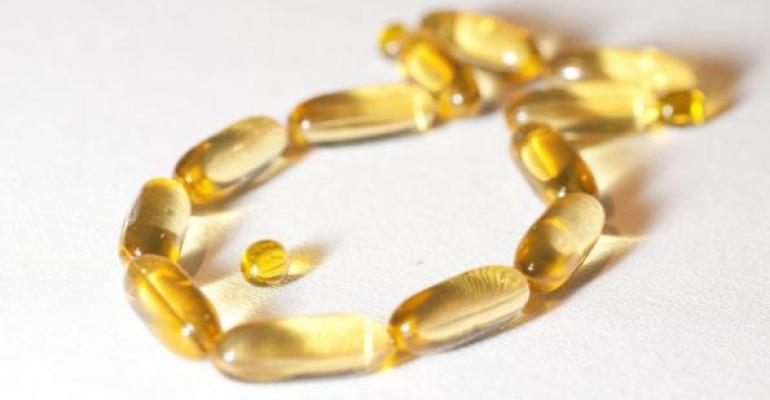 People with higher levels of the omega-3 fatty acids found in fish oil may also have larger brain volumes in old age.

People with higher levels of the omega-3 fatty acids found in fish oil may also have larger brain volumes in old age equivalent to preserving one to two years of brain health, according to a study published in the January 22, 2014, online issue of Neurology, the medical journal of the American Academy of Neurology.

Shrinking brain volume is a sign of Alzheimer’s disease as well as normal aging. For the study, the levels of omega-3 fatty acids EPA+DHA in red blood cells were tested in 1,111 women who were part of the Women’s Health Initiative Memory Study. Eight years later, when the women were an average age of 78, MRI scans were taken to measure their brain volume.

Those with higher levels of omega-3s had larger total brain volumes eight years later. Those with twice as high levels of fatty acids (7.5 vs. 3.4 percent) had a 0.7 percent larger brain volume.

“These higher levels of fatty acids can be achieved through diet and the use of supplements, and the results suggest that the effect on brain volume is the equivalent of delaying the normal loss of brain cells that comes with aging by one to two years,” said study author James V. Pottala, PhD, of the University of South Dakota in Sioux Falls and Health Diagnostic Laboratory Inc. in Richmond, Va.

Those with higher levels of omega-3s also had a 2.7 percent larger volume in the hippocampus area of the brain, which plays an important role in memory. In Alzheimer’s disease, the hippocampus begins to atrophy even before symptoms appear.

The study was supported by the National Heart, Lung and Blood Institute.