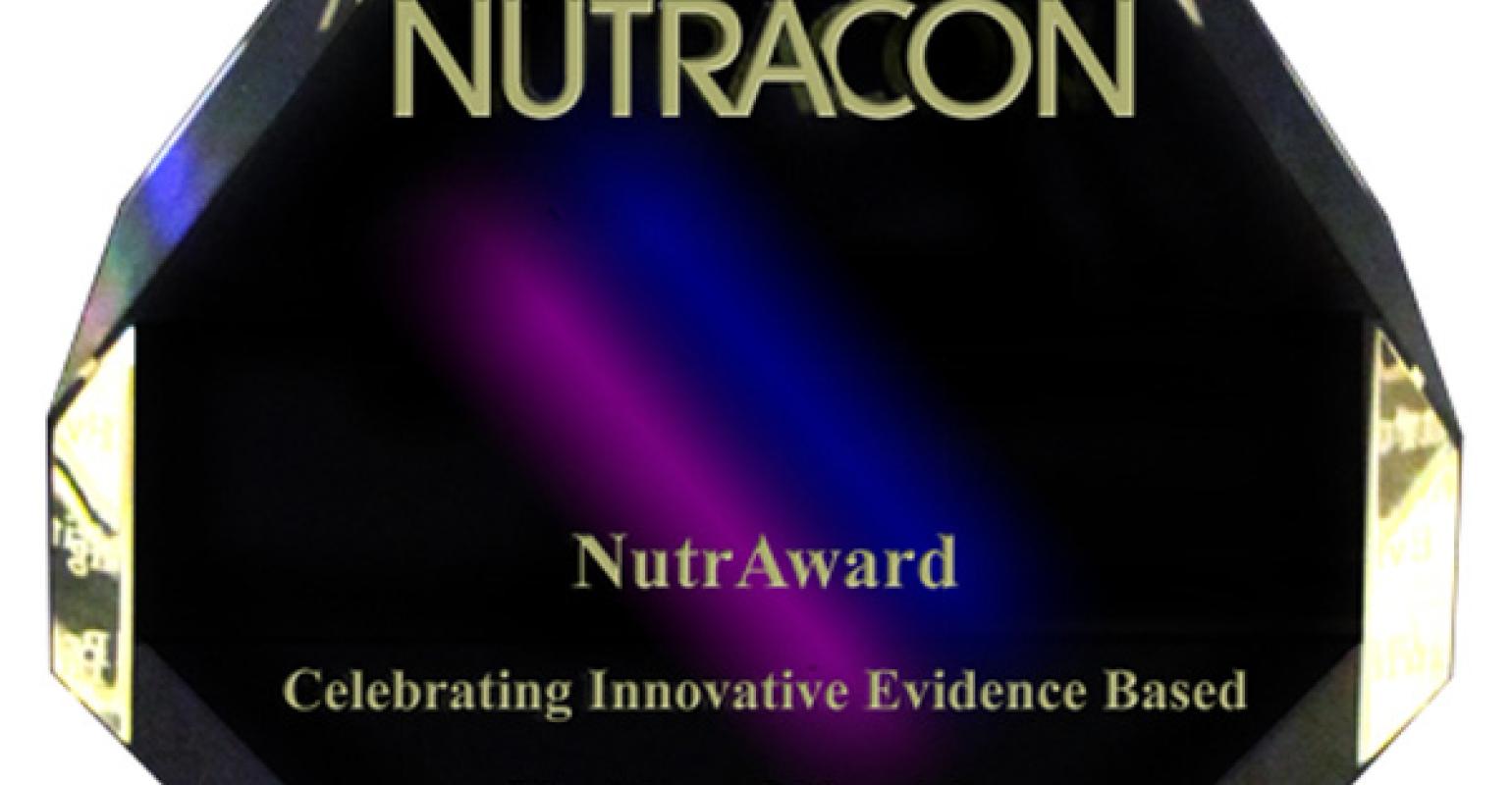 Since 1998 the NutrAward has been awarded to nutritional ingredient raw material ingredient suppliers for compelling ingredients that have a dossier of winning attributes. These include scientific merit, efficacy, market potential, safety, innovation and ability to increase market credibility.

In 2011 the NutrAward was expanded to include a finished product category. These CPG products must have a functional ingredient in them and have the winning attributes of being a viable product, in an emerging category, with a creative product concept, a distinct health application, unique packaging and matchless marketing.

For this year’s NutrAward, entrants must have been introduced to the market between Jan. 2011 and the present. We received more than 50 nominations between the two categories. The entrants were narrowed to three in each category based on a weighted vote from the selection committee consisting of a panel of industry experts, scientists, nutritionists and brand builders. The winners will be selected by cumulative votes of registered Engredea and Nutracon attendees. Here’s the finalists.

* Appethyl from Greenleaf Medical AB. This all-natural, patented spinach concentrate contains 50 percent thylakoids—found in chloroplasts in every green leaf plant. Appethyl leads to greater release of CCK – one of the primary satiety hormones following a meal. Because appetite is reduced 4-6 hours post-ingestion, the best time to take Appethyl with the meal, especially a meal containing some fat, that precedes the person’s biggest meal in a day (typically dinner) – thus, the product should be taken with lunch. Appethyl enjoys four animal trials, which have all demonstrated significant weight loss, as well as three positive human clinicals with another three in progress.

* Lcr35 3Biotic from Probionov. Where nearly all probiotic manufacturers centrifuge to extract the bacteria from the culture medium, then freeze dry, Probionov freeze dries the entire culture. Additionally, most manufacturers use non-natural mediums loaded with protein and additives. Probionov uses pharmaceutical-grade, non-hormone, non-fat, non-antibiotic milk as the medium. This leaves a natural supplement probiotic powder that brings all the natural elements of the probiotic’s environment – the prebiotic (food for the probiotic), the probiotic itself, and the postbiotic (the substances produced by the probiotic). Tests show superiority over the same probiotic produced in centrifuged processes. Shown to be shelf stable at 25F for 2 years.

·      Dole Nutrition Plus Chia & Fruit Clusters. Capitalizing on the newfound popularity of chia, Dole rolls out dried fruit, whole grains and chia into an on-the-go snack. Every sweet serving delivers 11g whole grains (4g fiber) with 10 percent vitamin C and chia’s omega-3 ALA. As most current chia on the market tends toward loose seeds or in granola, Dole’s product is clumped together in bite-size morsels in a reclosable, portable snack bag.

·      * SweetLeaf SugarLeaf from stevia pioneer Wisdom Natural Brands is a natural, low-calorie sweetener made by bonding non-GMO stevia leaf extract to minimally processed cane sugar. Made for baking and cooking and made by blending SweetLeaf Stevia an raw cane sugar, SugarLeaf sweetens, blends and browns like sugar, but contains two-thirds fewer calories and carbohydrates than sugar.

·      * Nordic Omega-3 Jellies from Nordic Naturals. The leader in the omega-3 category, the new fish-shaped jellies are targeted directly at children. Each jelly contains 150mg of EPA and 100mg of DHA. Each jelly has a unique texture with an emulsification technology that disperses the oil on a larger surface, which increases bioavailability of the omega-3s and a 40 percent higher absorption rate than soft gels.