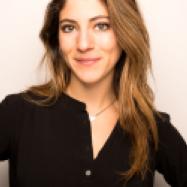 Jenna Blumenfeld lives in Boulder, Colorado, where she reports on the natural products industry, sustainable agriculture, and all things plant based.

Can supplements be transparent when going non-GMO?
Jan 30, 2014
Supplements are notoriously difficult to certify as non-GMO. But educating consumers throughout the verification process builds trust and transparency.
7 notable lawsuits in the struggle to define natural
Jan 14, 2014
When boiled down, the natural products world has one unified goal. Make people healthier...

Are non-GMO Cheerios stirring up the natural industry?
Jan 06, 2014
General Mills recently announced that Original Cheerios are primed to be GMO free—a move that non-GMO advocates applaud. But the announcement conjures many questions that may not yet have answers.
Top weight loss news of 2013
Dec 27, 2013
With New Year's resolutions mere days away, let's take a look back at notable weight loss research from 2013.

The repercussions of front-of-package labeling
Nov 20, 2013
Loren Israelsen offers insight on the recently proposed Food Labeling Modernization Act of 2013.
7 ways to jumpstart your holiday marketing
Nov 11, 2013
With just more than a week until Thanksgiving, shoppers are in turkey-time mode. But chances are, you've probably been thinking about the holidays for months...

Front-of-package labels back in the spotlight
Oct 23, 2013
A new bill proposes that food products should carry a standardized, front-of-pack label to inform shoppers about healthier choices. What does industry think?
Load More